Hey, as usual; Welcome to the harmony of comedy and romance: 20 Sweet and Fun Rom-Com Anime!

Some information is waiting for you –Summary, MAL Score, Genres– so that you can choose the animes that suit you best among 20 sweet and funny anime.

I hope you will have fun and get emotional with the 20 sweet rom-com animes that will warm your heart! You will start to review from wonderful animes, whether you want to start from the first row of the list, or start from the 20th row.

Shizuku, nicknamed “dry ice”, is an emotionless and cold girl. One day, she is tasked with sending a print out to her classmate Haru’s house, who doesn’t come to school very often, so when she meets Haru, his innocence and ignorance about human relations impress her. But when it comes to human relationships, Shizuku is no different and has no friends. 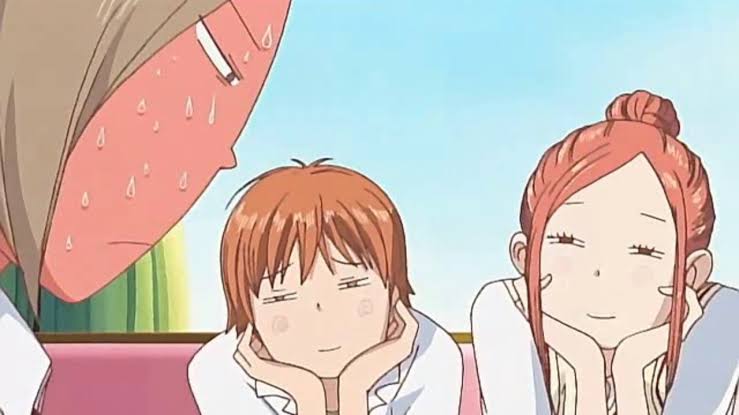 16- Rascal Does Not Dream Of Bunny Girl Senpai

Sakuta is convinced of the reality of puberty syndrome as a result of his personal experience and therefore decides to help the girl in the bunny girl costume, Mai Sakurajima, a very famous star. Over time, other women who suffer from “puberty syndrome” start to appear in front of Sukata. Banri Tada suffers from severe memory loss due to a tragic accident. But after befriending Mitsuo Yanagisawa, he decides to start a new life at law school in Tokyo, and this brings the beautiful but obsessive Kouko Kaga into his life.

Banri realizes that he has started a new life at this university, that he can sail into new friendships, new loves and be reborn.

14- Wotakoi: Love Is Hard For Otaku She doesn’t want anyone to know her dark secrets; Narumi, a fujoshi and otaku, takes care to hide these ‘weird’ passions from everyone. But her plan goes awry when she meets Hirotaka, an old friend from middle school, but luckily, Hirotaka is also an otaku.

Narumi complains that her ex left her because she is a Fujoshi, whereas now this brings her closer to Hirotaka and he suggests that she try to date with an otaku friend, especially himself, love is hard for an otaku.

The story revolves around Kyouko Mogami, who works multiple jobs every day to support her crush Shou Fuwa’s dream of becoming the number one idol. The breaking point of Kyouko’s efforts comes when Fuwa tells that he only used her as a maid and brought her to London for this reason, the truth is that Fuwa used Kyouko’s love for him to him advantage.

Furious, Kyouko vows to enter show business and rise there, for avenge from Fuwa and to achieve her goal she joins LME the agency where Ren Tsuruga works (Shou’s one-sided rival and Japan’s number one idol).

During middle school, Yuuta Togashi felt special like most of us, but Yuuta went a little further and nicknamed himself the “dark flame master”, believing that he had supernatural powers.

Now he wants to bury his shameful past and start a new life in high school, but in vain.

High school student Chiyo Sakura is deeply in love with her schoolmate Umetarou Nozaki, but when she confesses her love to him, Nozaki gives her an autograph, mistaking her for a fan. It turns out the young boy is a respected Shoujo mangaka publishing under the pseudonym Sakiko Yumeno. Chiyo becomes one of Nozaki’s manga assistants, hoping that one day Nozaki will realize her feelings for his.

8- Tonikawa: Over the Moon for You 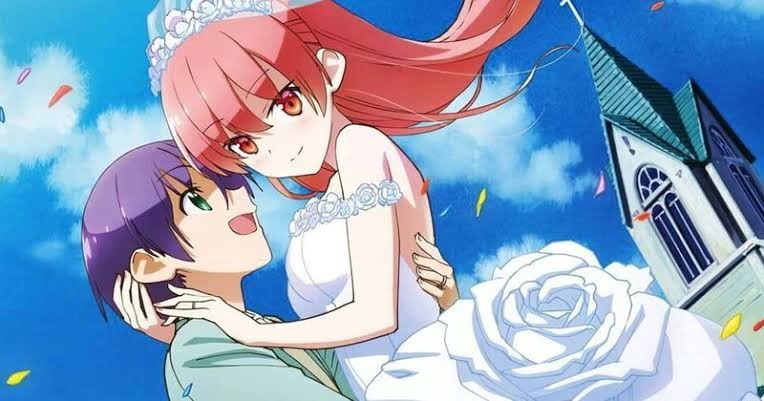 4- My Dress Up Darling