Welcome to the harmony of romance and comedy!

There are so many great rom-com manga and it’s complicate to find and choose them. However, in this article you will easily find best romantic comedy manga that stand out a little more than others.

By examining its subject, MAL Score and genres, choose the best anime for yourself and enjoy! 19 Rascal Does not Dream of Bunny Girl Senpai 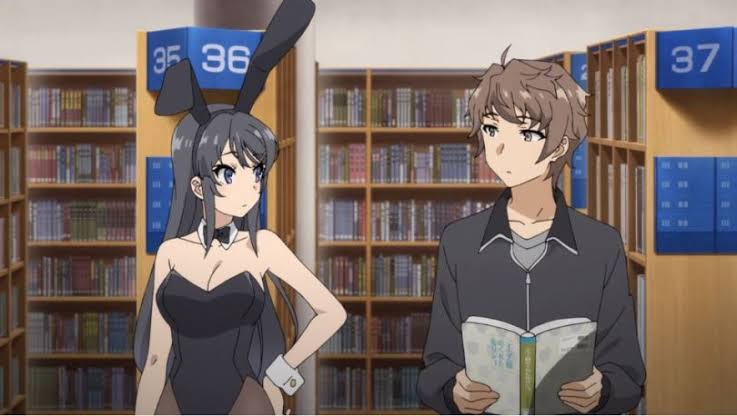 18 My Dress Up Darling Tamahiko Shima was exiled by her father and other relatives, after he became unable to use his right hand.  Now, while Tomahiko now lives a reclusive life in the Chiba mountains, he waiting for death to ease her pain.

In one of the sleepless nights, there is a knock on the door of the house; The incoming person is Yuzuki, a 14-year-old naive, cheerful, hardworking girl who says she is his future wife. Tamahiko later remembers that her father promised to send a bride to help him. Yuzuki, after she was sold as a bride, will be happily attached to Tamahiko and reveal her good side. An extremely shy girl, Komi has trouble communicating with people, but Komi has a dream of making 100 friends. The main character, Tadano, will help Komi to realize this dream. Shizuku, nicknamed “dry ice”, is an emotionless and cold girl. One day, she is tasked with sending a print out to her classmate Haru’s house, who doesn’t come to school very often, so when she meets Haru, his innocence and ignorance about human relations impress her. But when it comes to human relationships, Shizuku is no different and has no friends. High school student Chiyo Sakura is deeply in love with her schoolmate Umetarou Nozaki, but when she confesses her love to him, Nozaki gives her an autograph, mistaking her for a fan. It turns out the young boy is a respected Shoujo mangaka publishing under the pseudonym Sakiko Yumeno. Chiyo becomes one of Nozaki’s manga assistants, hoping that one day Nozaki will realize her feelings for his. My Youth Romantic Comedy Is Wrong, As I Expected 30 Best Romance Animes on Crunchyroll in 2022