Each of us is more or less emotional beings, romantic anime can unleash these feelings and give us a great time. Romantic comedy anime, on the other hand, dominates your emotions and makes your time twice as fun by making you laugh, I call it the harmony of romance and comedy!

Of course, rom-com animes are very common and therefore difficult to choose them, but this article will make your choice much easier. Summaries, genres and MyAnimeList Scores are available under each anime, check them out and make your choice.

15- My Next Life As A Villainess

Catarina, dies one day when she hits her head too fast, but is suddenly reincarnated in a world very similar to the game she played just before she died. His classmate Takagi, who knows Nishikata closely, likes to taunt him and always excels at his “if you blush, you lose” principled taunts, as she knows how to react to taunts. Nishikata vows to turn the situation around one day. Will he be able to make Takagi blush one day?

12- Tonikawa: Over The Moon For You 9- Rascal Does Not Dream of Bunny Girl Senpai Sakuta is convinced of the reality of puberty syndrome as a result of his personal experience and therefore decides to help the girl in the bunny girl costume, Mai Sakurajima, a very famous star. Over time, other women who suffer from “puberty syndrome” start to appear in front of Sukata. 6- My Dress Up Darling 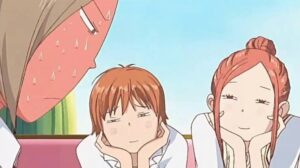 Keita Amano is a lonely high school student who is fond of games. Karen Tendo, the cutest girl in the school and president of the gaming club, insists on taking him into the club. However, Keita is not interested in joining because he finds out that the club is focused on competitive play.

After this rejection, of course, Karen doesn’t give up, and Keita’s quiet life turns more fun with pretty girls, play club, romance, and misunderstandings along the way. 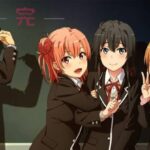