I have listed the 30 best romance anime on Crunchyroll in 2022.

From my previous post: ”When an anime is all about romance it’s awesome because animes focus more on emotions than any other TV show/movie and romantic animes are an explosion of emotions.”

Previously post, I also listed Romance anime on Netflix and Hulu and found more quality content than I expected on both streaming platforms. But Crunchyroll is more into romance anime than the other two, and Crunchyroll has a lot of romance anime you should definitely watch. 2- My Dress Up Darling 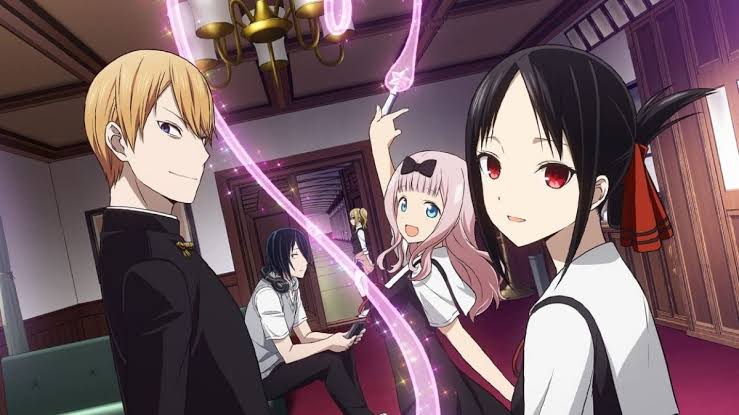 6- Rascal Does Not Dream of Bunny Girl Senpai Your Lie in April 11- Anohana: The Flower We Saw That Day 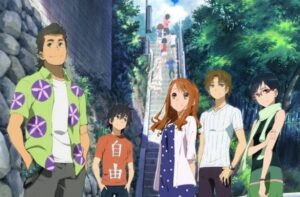 Kotarō Azumi and Akane Mizuno became third-year students at junior high school and are classmates for the first time. These two, along with fellow classmates, Chinatsu Nishio and Takumi Hira, relate to their peers through mutual understandings and feelings. As their final year at junior high school progresses, the group overcome their challenges to mature and become aware of changes in themselves. / IMDB

My Next Life As A Villainess: All Routes Lead to Doom!

Catarina, dies one day when she hits her head too fast, but is suddenly reincarnated in a world very similar to the game she played just before she died. Three poor friends at art college, share a cheap flat while enjoying the little things in life. When they meet the adorable Hagumi Hanamoto, the two of them fall in love with her at first sight and all the pieces of a love triangle are formed.

Hagumi enrolls in arts college and soon befriends the popular student named Ayumi Yamada, and Ayumi already knows the three friends closely and even has a secret crush on one of them. His classmate Takagi, who knows Nishikata closely, likes to taunt him and always excels at his “if you blush, you lose” principled taunts, as she knows how to react to taunts. Nishikata vows to turn the situation around one day. Will he be able to make Takagi blush one day?

Ms. Kobayashi lives a monotonous life alone in her small apartment until she sees something unusually frightening; The dragon’s head looks at her from the balcony.

The dragon named Tohru seems to have the ability to transform; turns into a very cute person girl and does everything to be her cute maid to repay her gratitude to Ms. Kobayashi, for inviting her to her home when she has no place to stay.

Heartbroken and lonely after being dumped by his girlfriend, Kazuya Kinoshita is desperate enough to hire a girlfriend to ease his pain. He hires the uniquely beautiful Chizuru. When Kazuya finds out that his grandmother passed out one day, he and Chizuru, rush to the hospital and find her already well on arrival.

And Kazuya realizes that his grandmother admires how good Chizuru is and he bores the lie that Chizuru is his girlfriend. Therefore Kazuya continues to hire Chizuru, but things get complicated when they discover that they are next door neighbors and attend the same university. Over time, Kazuya has new hired girlfriends.

Seen as a hopeless loser by those around him, 27-year-old Arata Kaizaki is currently unemployed. When Arata meets a member of the “ReLIFE” research program, he decides to join the program because all he has to do is take drugs that make her look 10 years younger.

When he wakes up the next day, he realizes that he really looks like a 17-year-old boy and now learns that he has to attend high school for a year